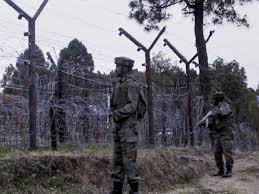 Pakistani troops resorted to unprovoked firing and shelling at the LoC in parts of Jammu and Kashmir’s Poonch district on Saturday.

The ceasefire violation was reported in the district’s Qasba, Malti and Kerni sectors.

Pakistan often resorts to ceasefire violations to push militants into India; they have been frequent since India’s decision, announced last August, to withdraw the erstwhile Jammu and Kashmir state’s special status and bifurcate it into two Union Territories.

The violations have continued despite the lockdown imposed to fight the spread of the coronavirus.

U.N. chief Antonio Guterres has appealed for a global ceasefire during the coronavirus pandemic to “focus together on the true fight of our lives”.

That appeal “should be applied everywhere”, said a spokesperson for Guterres in early May, responding specifically to a question on unprovoked firing by Pakistan, in which an Indian national was killed.