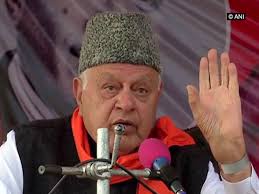 “According to the Constitution of J&K, the constituencies of J&K were to be delimited in 2026 with the rest of the country. The constituencies in the State were last delimited in the ’90s. Thereafter, an amendment was made in the constitution of J&K unanimously passed in the State Assembly in which all the regional parties, Congress and BJP voted for this amendment to go with the delimitation with rest of the country in 2026. Therefore, the Constitution of the delimitation commission is unwarranted,” the statement added.