This week’s release, Tiger Zinda Hai is all set to give cine-goers an opportunity to witness Salman Khan (as a RAW agent) using spy techniques in ensuring the release of 40 nurses held hostage in Ikrit, Iraq by the dreaded ISE (the ISIS equivalent). 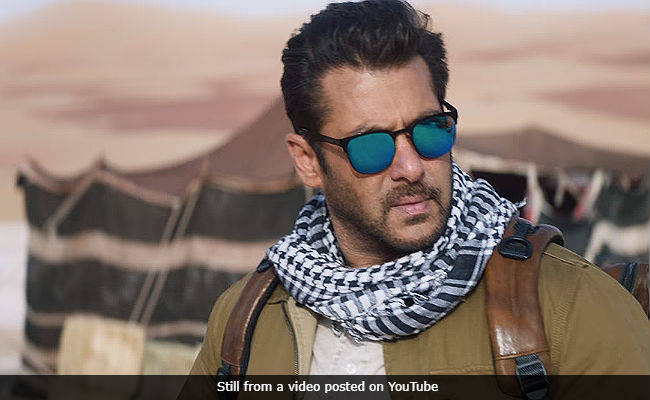 Based on real life incidents, director Ali Abbas Zafar has given his own fictional take to this hostage situation. In other words, the effort was only to bring it closer to the nature of western spy flicks. The operative word here remains espionage. Tiger Zinda Hai is another attempt by Bollywood to take a shot once again at the much-loved genre of espionage/spy films.

Stills from Tiger Zinda Hai.
While the west has experimented time and again with this genre, examples of such flicks in Bollywood are few and far between.

After the antics of 007 received a warm welcome all over the world, Bollywood didn’t take much time in imitating the world flavour.

Jeetendra was the first from the industry to don the spy mantle. Incidentally his first appearance as Agent 116 in the 1967 release Farz was also his debut blockbuster movie. He could reprise the same role again only after 14 years in Raksha. In 1985 he again was armed with gadgets and girls in Bond 303 but not as Agent 116.

Mithun was Gunmaster G9 in Surakshaa and Wardat. Dharmendra too spied his way in Keemat in 1973 again as Agent 116. These are the only examples of Bollywood creating its own desi spy avatar. Needless to say the exercise received a not-so-encouraging response from audiences and remained moribund till Tiger came on the horizon.

There were on and off instances when Saif Ali Khan, Shah Rukh Khan, John Abraham and Sunny Deol did their two bits in standalone flicks.

It’s astonishing to notice that despite a good success rate of such flicks (only Suraksha turned out to be a flop) and almost catapulting careers of two well know stars, the industry never toyed with this genre by giving it a distinct identity. So what could be the reason that forced Bollywood to move away from a formula that offers all the masala ingredients that are staple to ardent cinegoers?

One reason is definitely the lack of a believable plot amidst real events. While most of the foreign flicks had some international event playing in the background, the same was absent in desi ones. The events that transpired during both the World Wars — especially those that took place in Germany when Gestapo maintained a hawk’s eye on every movement — gave ample plots to filmmakers to navigate this genre from many spectacles. The long running Cold War that spanned from 1947 to as late as 1991 too was a chest full of ideas.

Our own desi agents never had the opportunity to operate amidst such backgrounds. The best they could bring to the screen was espionage activities between India and Pakistan. Kudos to Shoojit Sircar for basing his agent in Madras Café in the South and dealing with a world that most makers from Bollywood will fear to tread.

The initial spy thrillers that were churned in the corridors of Bollywood with their sloppy editing, songs and non-existent budgets simply never had in them to arouse either interest in viewers or be a match to their foreign counterpart. While the plot for such films remained both convoluted and bizarre, the ‘innovations’ these filmmakers tried reflected their poor thinking.

A ray of hope could be seen in Tiger, as Tiger Zinda Hai will be his second act after Ek Tha Tiger. The success of TZH (it has opened to a roaring box office collection) will definitely force makers to think about Tiger’s subsequent adventures. One marked departure that could be seen in TZH is also the fact that events that unfurl in the film happen far away from shores of India. A small Indian connection helped Ali Abbas Zafar to devise his own plot. This success of Salman Khan’s film might just open the floodgates of a genre that Hollywood has been milking for years.