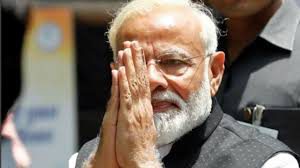 On this day exactly a year ago, Prime Minister Narendra Modi took oath for a second consecutive term in office after the Bharatiya Janata Party (BJP) secured a thumping majority by winning 303 seats in the 2019 Lok Sabha elections.

A new cabinet was sworn in on May 31 with Home Minister Rajnath Singh taking the defence portfolio, and Defence Minister Nirmala Sitharaman swearing in as the Finance Minister.

With the abrogation of Article 370 to the Citizenship Amendment Bill, NDA-II cashed in on its soaring popularity over the last one year to muster support for contentious bills and managed to get most of them cleared through both houses of Parliament.

As he completes his sixth year in office, Prime Minister Narendra Modi is faced with his toughest challenge yet, a pandemic and a global recession. In this time of turmoil, the PM decided to pen down his thoughts and share them with the nation.

Here’s the full text of Prime Minister Narendra Modi’s letter to India to mark the occasion of his first year in office during his second consecutive term.

My fellow Indian,
This day last year began a golden chapter in the history of Indian democracy. It was after several decades that the people of the country voted back a full term government with a full majority.

Once again, I bow to the 130 crore people of India and the democratic ethos of our nation.
During normal times, I would have been in your midst. However, the present circumstances do not permit that. That is why, I seek your blessings through this letter.

Your affection, goodwill and active cooperation have given new energy, and inspiration. The way you have showcased the collective strength of democracy is a guiding light for the whole world.

Back in 2014, the people of the country voted for a substantive transformation. In the last five years, the nation saw how the administrative apparatus broke itself free of status quo and from the swamp of corruption as well as misgovernance. True to the spirit of ‘Antyodaya’ the lives of millions have been transformed