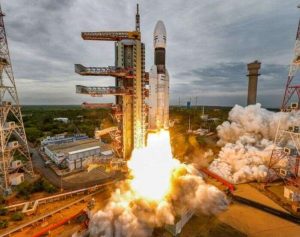 ISRO said 90 to 95 percent of the Chandrayaan-2 mission objectives have been accomplished and will continue to contribute to Lunar science, notwithstanding the loss of communication with the lander.

Bengaluru: Flawless and precise launch and efficient management of the Chandrayaan-2 mission — till the lander ‘Vikram’ lost communication with ground-stations — has paid rich dividends to ISRO on the orbiter front. The 2,379 kg orbiter whose mission life was designed to be one year would now be able to function for almost seven years.

Another ISRO official added: “One of the limiting factors is on-board fuel availability. Because the performance of GSLV-MK III (which launched the spacecraft) and efficient mission management, we have enough fuel for continuing it forward for seven years.”

The space agency also said the precise launch and mission management has ensured a long life of almost seven years instead of the planned one year for the orbiter.

ISRO said 90 to 95 percent of the Chandrayaan-2 mission objectives have been accomplished and will continue to contribute to Lunar science, notwithstanding the loss of communication with the lander which hit lunar surface after failing in its planned attempt to soft-land in the early hours of Saturday.

Pointing out that the orbiter has already been placed in its intended orbit around the Moon, ISRO said, it shall enrich our understanding of the moon’s evolution and mapping of the minerals and water molecules in the polar regions, using its eight state-of-the-art scientific instruments.

“The orbiter camera is the highest resolution camera (0.3 metres) in any lunar mission so far and shall provide high-resolution images which will be immensely useful to the global scientific community,” it said.

The Chandrayaan-2 orbiter is healthy and safe in the lunar orbit, an ISRO official had said after the ‘Vikram’ lander lost contact with ground stations minutes before the touchdown on Moon’s surface.

Stating that Chandrayaan-2 mission was a highly complex one, which represented a significant technological leap compared to the previous missions of ISRO, the space agency said, it brought together an orbiter, lander and rover to explore the unexplored south pole of the Moon.

This was a unique mission which aimed at studying not just one area of the Moon but all the areas combining the exosphere, the surface as well as the sub-surface of the moon in a single mission, it added.