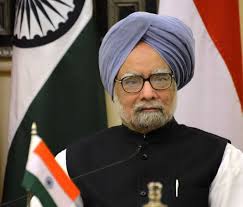 NEW DELHI: Former Prime Minister Manmohan Singh on Monday lashed out at PM Narendra Modi for allegedly spreading “falsehood and canards” to “score political points in a lost cause.”
“I am deeply pained and anguished by the falsehood and canards being spread to score political points in a lost cause by none less than PM Shri Narendra Modi. Fearing imminent defeat in Gujarat, desperation of Prime Minister to hurl every abuse and latch on to every straw is palpable,” read a statement by the former PM.
Singh was responding to PM Modi’s accusation that Congress leaders had secretly met the former foreign minister of Pakistan and its envoy at suspended party leader’s Mani Shankar Aiyar’s house.
Continuing the scathing attack, Singh added that the Congress “needs no sermons on “Nationalism” from a party and Prime Minister, whose compromised track record on fighting terrorism is well known.”
“My track record of public service to the country over last five decades is known to everyone. No one, including Sh. Modi, can lamely question it to gain lost political ground,” he wrote.
He rejected the allegations, saying that he had not discussed the Gujarat elections with anyone else present at the dinner. Instead, “the discussion was confined to India-Pakistan relations,