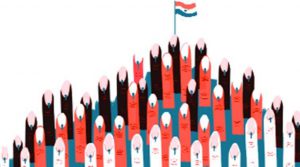 Prime Minister Narendra Modi has written a letter to the citizens of India to mark the first anniversary of his second term in office. The PM Modi-led NDA government had first come to power on May 26, 2014. He was re-elected as PM with a landslide victory on May 23. he took an oath to the office again on May 30.

In his letter, PM Modi recounted several fast-paced landmarks achieved by his government within a year. But he also recognised that the country’s growth trajectory has been it by Covid-19 pandemic.

“While on one hand are powers with great economic resources and state-of-the-art healthcare systems, on the other hand, is our country besieged with problems amidst a vast population and limited resources,” the prime minister said in the letter.

He, however, claimed that India has the power to set an example for the world by reviving the economy.

The prime minister said that even as the world expected India to be the worst-affected nation by the coronavirus pandemic, people of India have transformed the way the world looks at us through their sheer confidence and resilience.

“You have proven that the collective strength and the potential of Indians is unparalleled compared even to the powerful and prosperous countries of the world,” the prime minister told the countrymen.

While PM Narendra Modi noted the ‘tremendous suffering’ faced by labourers, migrant workers and small scale industry workers, he said that India has the strength to not only revive the economy but also set an example for the world.