Vistara has now provided an official statement on the alleged molestation of Dangal star Zaira Wasim in the flight. 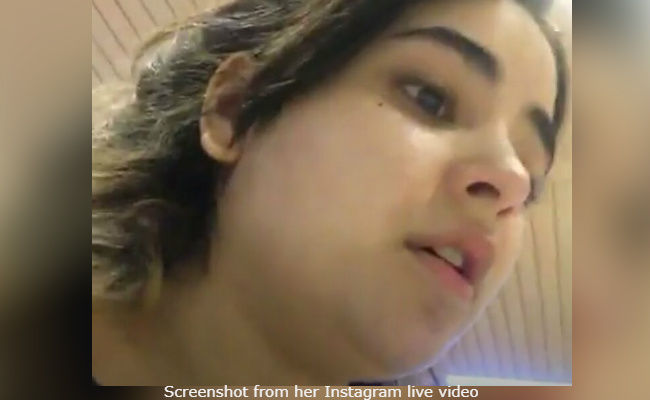 Hours after the alleged molestation of Dangal star Zaira Wasim in a flight, Vistara has now provided an official statement to the DGCA (Directorate General of Civil Aviation) and MOCA (Ministry of Civil Aviation).
Cops have recorded Wasim’s statement in Mumbai, where she landed after her harrowing flight during which, she alleges, a male passenger rubbed his foot along her neck and back.
The accused, 39-year-old Vikas Sachdev, has now been detained by the Mumbai police officials after Vistara officials met the Dangal star over the issue. He will be produced in the court on Monday.
A case has been filed under section 354 and POCSO (Protection of Children from Sexual Offences) act as she is a minor.
Sachdeva, who is a businessman, told the police that whatever happened was not intentional and even apologised to the actor for it. “Once my leg touched Zaira’s shoulder, it was completely unintentional and I even apologised to her,” he said.
According to the accused, he was returning from Delhi after attending a funeral. “I was very tired as I had not slept for very long time,” he added.
Sachdeva told the cops that he had informed the cabin crew not to disturb him. “I had asked for a blanket after which I slept during the entire journey . I did not even take the meal,” he added.
Some of the Vistara officials have confirmed that he was indeed sleeping during the whole flight.
Vistara in its statement to DGCA and MOCA stated the following:
Accused Passenger had asked the cabin crew not to disturb him and did not want to be served food as he was going to sleep. He was asleep all through the flight and he had a blanket on him
Zaira started to shout at the accused when Cabin crew were seated on their jump seat for landing. Crew did not realize it was an alleged incident of harassment and thought Zaira was shouting as she found the accused leg on her arm rest
After landing, the crew spoke to Zaira and she moved away as she was in a state of shock
Crew then spoke to the mother about the incident. Mother narrated the incident, and crew asked the mother why she didn’t alert them earlier. She responded that she also learnt about the incident only in the final stage of the flight
Cabin crew went looking for Zaira but couldn’t find her. Crew asked Zaira’s mother if she wants to file a complaint, Mother didn’t react at the moment as she was in a state of shock
Crew asked the mother if accused needs to be stopped from going away from the terminal and dint get a response as the Mother also was looking for Zaira
Vistara has shared the name, number and address of the accused with Mumbai Police.
With inputs from Saurabh Vaktania