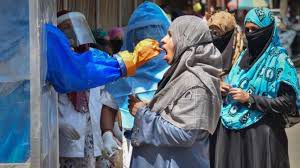 Two terrorists were killed by security forces in an encounter in Jammu and Kashmir’s Kulgam district today.

Their parents were brought to the site — located in the region’s Wampora area — to give them an opportunity to surrender. But despite their appeal, the duo refused.

The terrorists were suspected to be from the Lashkar-e-Taiba group, but officials say they were members of the Hizbul Mujahideen.

Security forces have eliminated a number of terrorists in Kashmir during the lockdown period; one of them was Riyaz Naikoo, a key commander of the Hizbul Mujahideen.