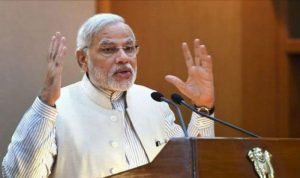 Prime Minister Narendra Modi today alleged Pakistan was interfering in Gujarat Assembly polls, and sought an explanation from the Congress over its top partymen who are said to have recently met leaders from the neighbouring country.