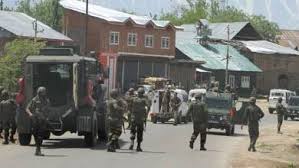 In the first week of May, when the Chinese Army was marching through the Galwan River towards India, its intention was to go deeper into the Indian Territory and pitch their tents there. “However, the Indian Army quickly deployed its troops there and cut off the movement of Chinese troops towards deep inside the Indian Territory,” top sources told AajTak and India Today TV. The swift reinforcements helped India to plug the gaps and averted a possible deep incursion in the Galwan Valley area,” they said.

The target of the Chinese troops seemed to be the road constructed near the Galwanpoint which had improved connectivity of the Indian troops in the area, they said. Sources said that the Chinese have been feeling threatened by the road infrastructure being built by the Indian side in the DBO area in the last two to three years which have started showing results now.

“The Chinese have also been sending their choppers to the Indian construction sites and at occasions, they also hovered at low heights inside the Indian Territory to raise their objections, the sources said adding that India has been raising objections over these developments at the appropriate levels. China has deployed over 5,000 soldiers along the Line of Actual Control and at many places they are inside the Indian Territory like the Finger area of Eastern Ladakh.

India has also increased its troop strength there to match any move by the Chinese soldiers in Leh area where no bullet has been fired since 1967. On Friday, the apex leadership of the Indian Army held a meeting where review of the situation in eastern Ladakh was a major focus area of the discussion, sources said.