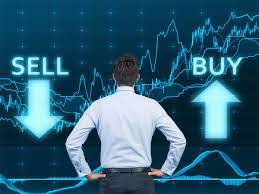 The Indian markets slipped for the second straight session on Tuesday, tracking weak global cues. The BSE Sensex opened over 175 points lower and Nifty50 started above the 16100-level. While broader markets followed the benchmarks suite as both mid & small-cap were down around 0.4 per cent.
Amid the mixed global sentiment, the focus should be on the upcoming macroeconomic data and earnings for cues, Ajit Mishra, VP – Research, Religare Broking Ltd said reiterated a positive view and expect Nifty to test 16,500 soon.
India’s June inflation data, which is scheduled for today, is expected to remain in line with May’s inflation rate of 7.04 per cent. Meanwhile, the US inflation data due on Wednesday is expected to show a further increase from its current peak level of 8.6 per cent during May.

In the last month, the stock tested its 78.6% Fibonacci Retracement level of prior up-move (Rs290-794), which was placed at around Rs400 and later, witnessed a bounce. Yesterday, the stock rose to one and half month closing high with relatively better volume.

The key technical indicators gave a buy signal post a bullish divergence on the medium-term timeframe chart, while short-term indicators are positively poised. As per the current set-up, further up-move cannot be ruled out, and can the stock towards Rs 490 initially & Rs 540 subsequently.

The stock witnessed a pullback after a higher level of reversal (i.e. from Rs 781 to Rs 634). Later, the stock reversed after testing its downward slopping 20-week EMA and resumed its prior falling trend.

The key technical indicators gave a sell signal on the short-term timeframe chart. This could drag the stock towards Rs635 initially and Rs600 subsequently. In case of any rebound, the stock will continue to face hurdle around its 20-week EMA, which is now placed at Rs 90. Fresh short position can be initiated at current juncture and on bounce towards Rs 670.

The stock resumed its daily up-move and rose to one-month high with above average volume. The stock is positively poise on major moving averages on the short-term timeframe chart, while the key technical indicators are in favor of the bulls. On the higher side, the stock may face hurdle around its medium-term supply zone, which was placed between Rs 3,600 and Rs 3,650.

A stable move above that supply zone could lead the stock towards its life-time-high of Rs4,043. On the lower side, the stock will find support around confluence of its moving averages, which are placed between Rs 3,255 and Rs 3,215. Fresh long position can be initiated at current juncture and on dips towards Rs3,425 for desired action.